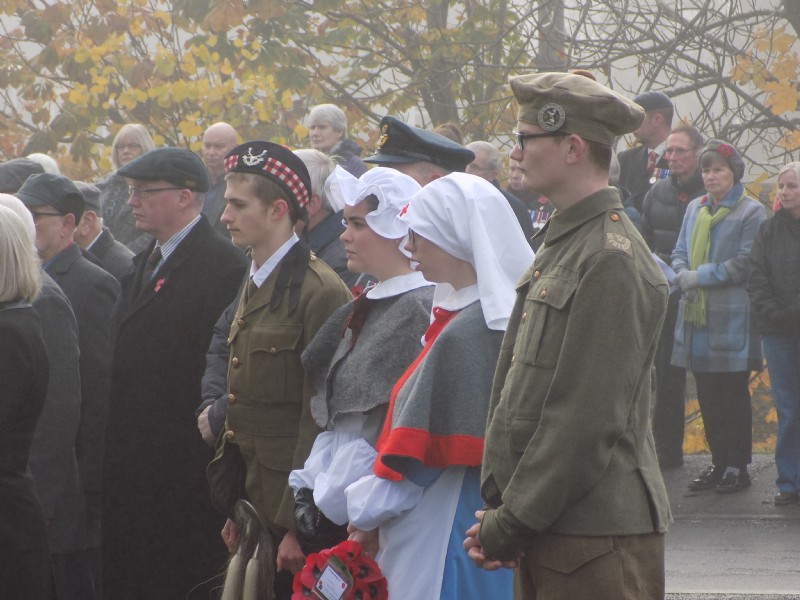 In commemoration of the 100th anniversary of the end of WW1, Historylinks temporary exhibition focussed on some of the young men and women who served as soldiers and nurses on the front line.

A new Roll of Honour was prepared by Stuart Campbell, giving genealogical information about the soldiers who lost their lives during the conflict.

Students from Dornoch Academy took on the roles of nurses, Miss Margaret Davidson and Lady Millicent Leveson-Gower and Soldiers Private Thomas McCulloch and Lance Corporal James Mackay. They took part in the procession to lay poppy wreaths at the War Memorial and also spoke in the Cathedral.

Pupils from Dornoch Primary School spent an afternoon in the museum looking at WW1 artefacts and learning about the people they belonged to. 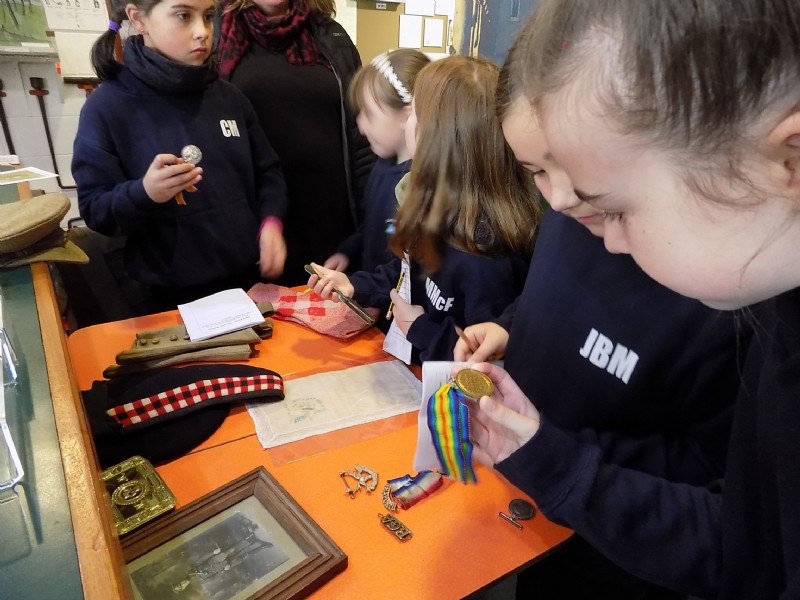