A project to add personal details and images to Dornoch's World War 1 and 2 Rolls of Honour was undertaken as part of the museum's contribution to Scotland's 2009 Year of Homecoming.

The project led to an exhibition in the museum and the addition to the Historylinks website of a War Memorials page, launched 26 May 2009, which provides access to World War 1 and 2 Rolls of Honour and details of military graves and headstones in local cemeteries.

A page commemorating each individual serviceman and woman can be accessed from the Rolls of Honour lists. Where available photographs have been included and, with the kind permission of the Commonwealth War Graves Commission, a copy of the CWG certificate recording the location of burial or, where there is no known grave, the memorial on which the indivual is listed.

Inevitably there are some details which remain unknown. In particular, we would like further information concerning: 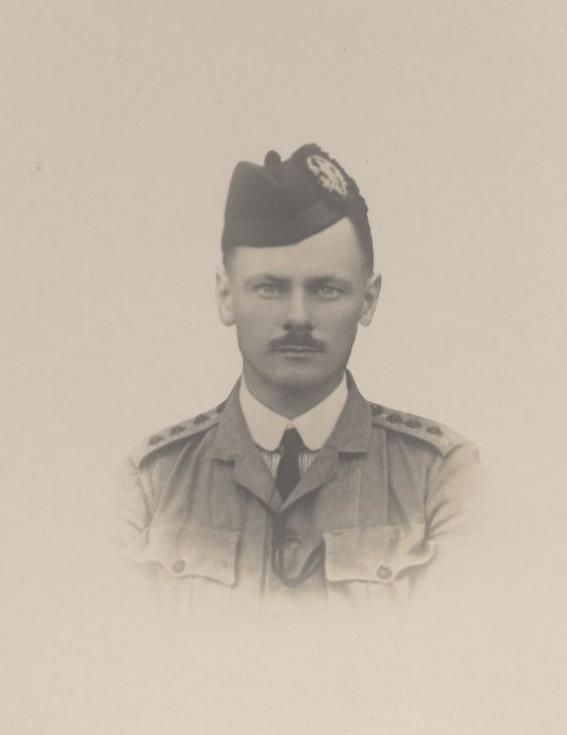 At the end of 2008 Historylinks Museum was fortunate in acquiring, on 5 year loan, a collection of objects recording the military service of Captain Ronald Hugh Walrond Rose, 1st Battalion Cameronians (Scottish Rifles). We are most grateful to Mrs Carol Haq and other descendants of Captain Rose for permission to use his war diary, photograph albums, documents, uniform and accoutrements in displays and exhibitions.

Capt. Rose was the son of Katherine Gilchrist of Ospisdale (Sutherland), who commissioned the stained glass window in his memory (along with one to his brother) in Creich Parish Church in Bonar Bridge. Capt Rose name is included in the Roll of Honour in Dornoch Cathedral.

The war diary of Captain Rose is of great historical interest, particularly as it is complemented within the collection by photographs of places and incidents recorded in the text. The diary covers a relatively short period, from the Cameronians mobilization in late July 1914 to 22 October 1914 when Captain Rose was killed in action near Ypres, but it records the epic initial period of the war - the BEF retreat from Mons, the subsequent BEF counter offensive to the River Aisne, and the race to the sea, to fill the open flank, with the Cameronians redeployed to the area of Ypres.

An edited version of the war diary has been produced with expansion of military abbreviations and the addtion of maps, historical context and relevant photographs and extracts from documents within the Capt Rose collection. The diary may be accessed from this link: Capt Rose War Diary.

*** It is acknowledged that the majority of the photographs in the three photograph albums were taken by a fellow Cameronians officer, Lieutenant Robert Cotton Money, who later served with great distinction retiring in the rank of Major General. Copyright of the Money photographs is now held by the South Lanarkshire Council Museums Service, which has granted permission to Historylinks for website and museum display of the photographs on the premise that the albums, with their handwritten descriptive detail, were given by Lieut Money to the Rose family without precondition. 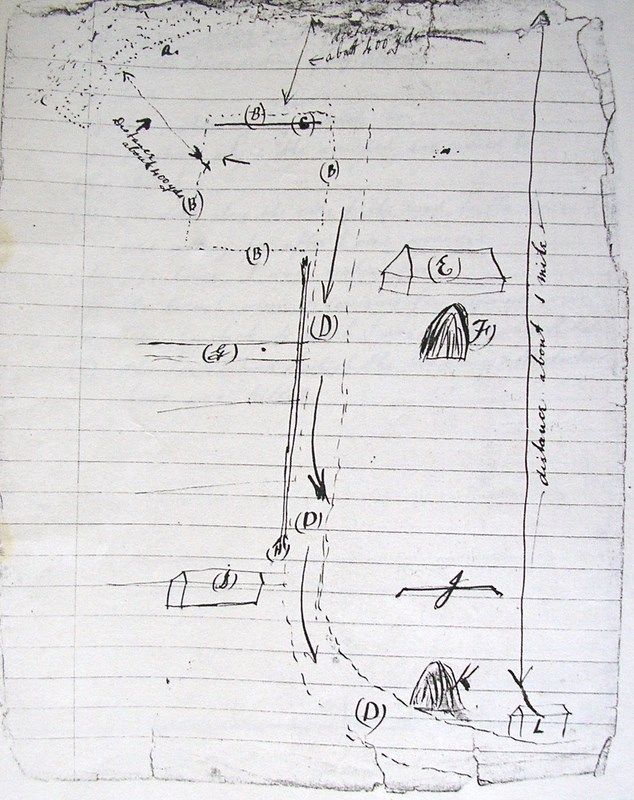 As a result of viewing the Capt Rose War Diary on the Historylinks website, on 7 February 2011 Mrs Stella Barber (nee Honeyball) contacted the museum seeking contact with the descendants of Capt Rose.

She said that her father, who served in the Cameronians during WW1, was actually holding Captain Rose, trying to move him to safety after he was first injured, when the Captain got the second shot that killed him. Her father was then shot and injured and whilst convalescing in Scotland he was able to write an account of what happened on Oct 22 1914 from his diary.

Mrs Barber was linked with the Mrs Carol Haq and later provided Historylinks with a copy of 'My Life & Experience in the Army 1906 ….1918' by her father Arthur Charles Honeyball.

With her permission an extract from her father's account has been added as a postscript to the War Diary of Captain Rose. The account includes a sketch showing Arthur Honeyball's route back to the British lines after he was wounded.