From the Dornoch War Memorial the Proncynain Cemetery is three-quarters of a mile north on the B1968 Poles Road, at OS Grid Ref:NH 788 909.

There are three Commonwealth War Graves Commission graves in the cemetery.

Just inside the cemetery gates on the right hand side are two graves to Commonwealth servicemen, Driver Ghulam Nabi and Naik (Corporal) Abdul Rakhman Royal Indian Army Service Corps Force K-6 Animal Transport (AT). There was an RIASC Reinforcement Unit stationed in Dornoch, in hutted accommodation near the Dornoch Hotel and Earls Cross, with a Mule Company based at one time at Lonemore.

The graves of both men, who were Muslims, are at an angle facing Mecca and there is a civilian Muslim grave beween them. Both servicemen died from tubercolosis with their deaths registered in Dornoch. Dvr Ghulam Nabi died in the Dornoch Hotel, which was being used as an Indian Garrison Hospital. 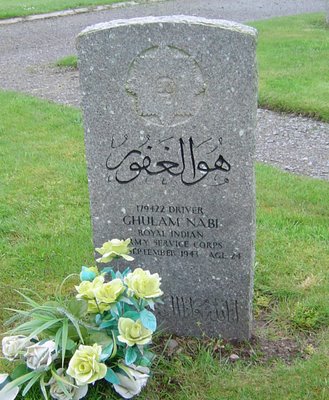 Additional information: Son of Khair Din and Said Jan, of Dhir Kot, Hazara, Pakistan. Died in the Dornoch Hotel which was being used as an Indian Garrison Hospital. 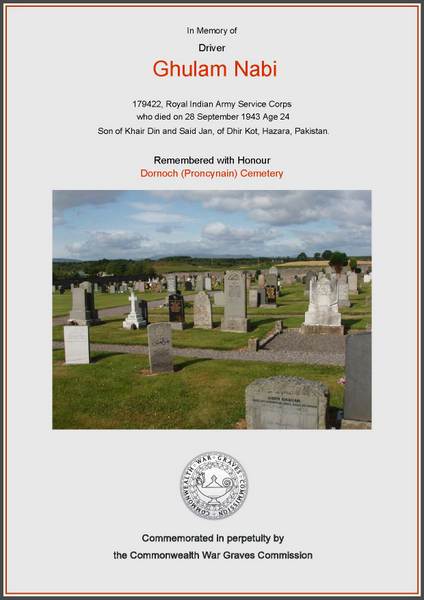 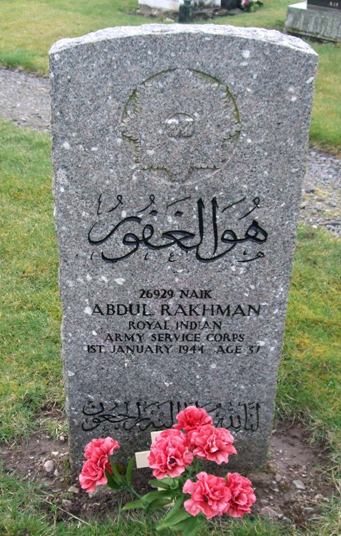 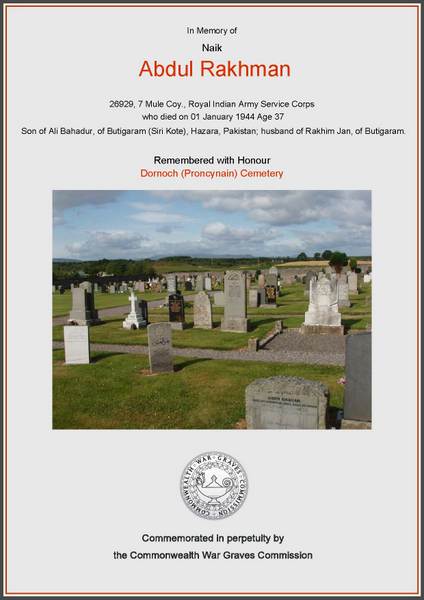 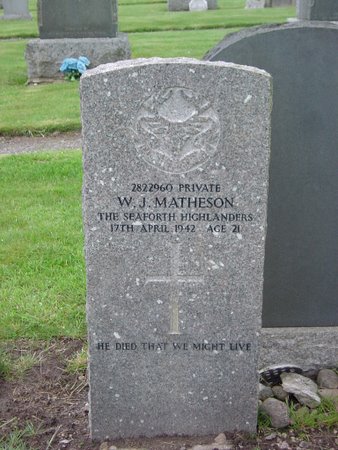 Parents: Son of William and Amelia Matheson, of Ospisdale Muir