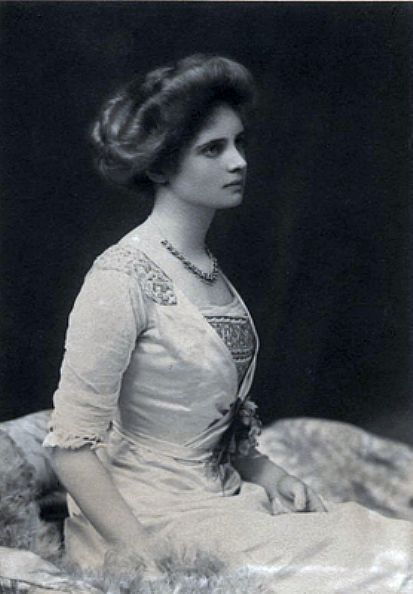 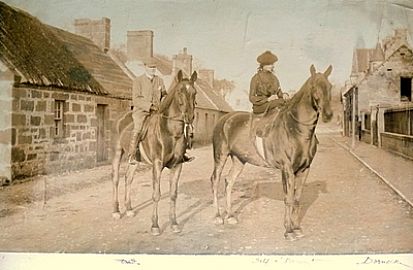 Miss Kathleen J Lyon was born in 1885, the daughter of Cdr Lyon R.N. and Mrs Lyon of Ospisdale, Sutherland.   She died on April 15, 1983, at Cambusavie Hospital, Dornoch, in her 98th year.   Her funeral service was held in Dornoch Cathedral on Monday April 18th at 11.30 a.m.   She spent the last years of her life living in Dornoch.

A member of the Gilchrist family of Ospisdale she became a skilled photographer and painter.

Miss Lyon was an independent character who was deeply interested in the history not only of the Ospisdale estate but of Sutherland and Scotland more generally.    When Miss Lyon died she left her books to another local lady with strong historical interests, Rosemary Mackenzie, who had started Tain Museum in 1966.     Following Rosemary's death the books went to Tain Museum, where they are now.     Rosemary's interest in history had been awakened by Miss Rosa Williamson Ross of Pitcalnie, who was Tain's version of Dornoch's Miss Lyon, and who died unmarried in 1968 at a similarly advanced age (and as Chief of Clan Ross).     Both Miss Lyon and Miss Rosa spent years organising and researching their family papers and making copious notes before sending the original documents to the National Archives.    Miss Lyon's documents are in Historylinks Museum and have been scanned to pdf files (Cat No. 2007.266.01 to 80).   Miss Rosa's notebooks are in Tain Museum.    The death of these ladies marked the end of an era.