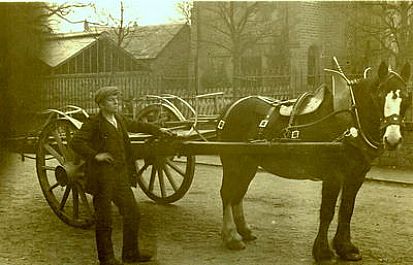 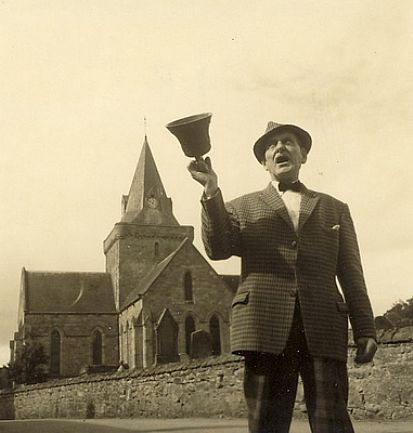 Simon Bain with horse and trap outside the Free Church, Dornoch.   Born on 8th June 1893, Simon Bain was a pupil at Clashmore School in 1898 (see school group photograph Catalogue No 2004.296  Historylinks Image Library 1472) and later lived at 10 Carnaig Street, Dornoch.   He was a man of many parts, one-time gravedigger and, not least, in the role of Town Crier. 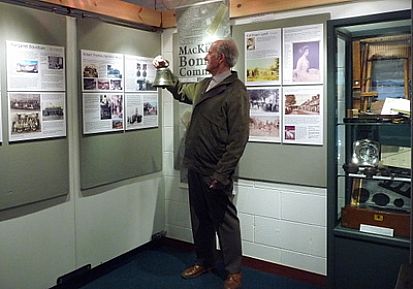 Simon Bain's son Edwin visited the Spring Exhibition and held the bell used by his father when town crier.