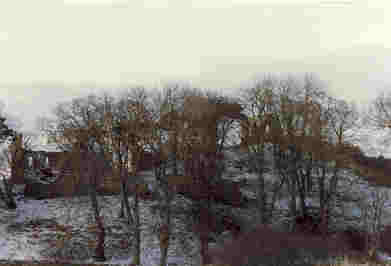 On a height above the road that skirts the shores of Loch Fleet, Sutherland, stands Skelbo Castle. From its commanding situation guarding the approaches to the Little Ferry, Skelbo Castle was once second in importance only to Dunrobin Castle, the stronghold of the Earls of Sutherland. 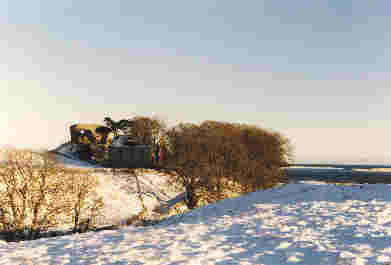 Before 1816 when the long embankment of the Mound was built by Telford to carry a new road across the marshy head of the loch, the Little Ferry was the principal route for all traffic north and south along the coast. Once the ferryman's boat was in constant demand but now the ferry is a solitary place, a few whitewashed houses reflected in the narrow strip of water with a wide view of the hills beyond. 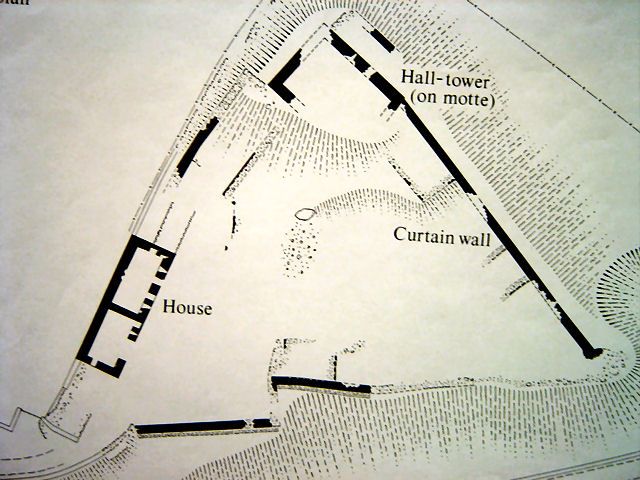 Those who climb the road that leads to the castle will find the broken walls of a strong keep, part of the curtain wall, a courtyard blocked with rubble from fallen buildings and behind this an old mansion house, with crow-stepped gables. This house is the only one left in the area to give any idea how primitive was the accommodation of a family once owning vast estates in the county.

Round this old castle cling some of the most dramatic stories in the history of Sutherland; from the days when the Norsemen land at the Little Ferry, and were brought to battle by Sir Richard de Moravia, who dwelt at Skelbo, right up to the middle of the 18th century, when the old mansion house was the home of Eric Sutherland of Duffus, the impoverished son of the third Lord Druffus. His jacobite sympathies had led him to join the Rising of 1715, and he lost both title and estates in the subsequent reprisals. 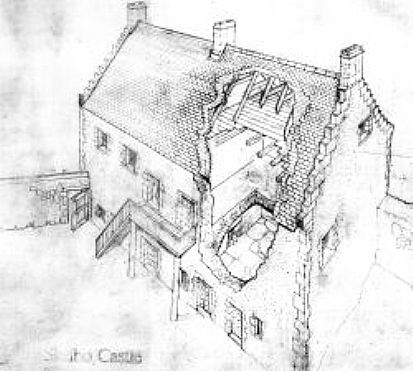 The castle dates back to the early part of the thirteenth century, when Hugo Freskyn, Thane of Sutherland, granted his lands of Skelbo to Gilbert de Moravia, afterwards Bishop of Caithness. Gilbert received these lands not as a representative of the Church but as a private individual, with power to bestow them on his heirs. When he became Bishop he made them over to his brother Sir Richard.

It was as Skelbo in 1290 that the Scottish Commissioners were staying overnight, on their way north to meet the Maid of Norway, who was to marry the heir to the throne of England, when news came of her death. They stayed two nights in Skelbo, in consultation with the English Commissioners, and then rode on to Wick, presumably to obtain proof of her death on board ship near Orkney. 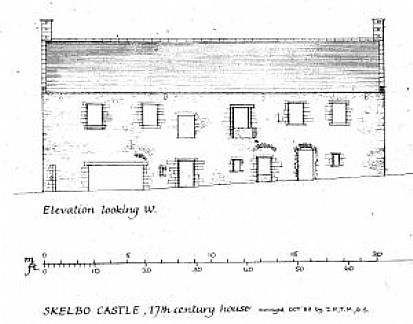 The Moravia family possessed Skelbo for upwards of two hundred years when it passed to the Kynnards through the marriage of Thomas Kynnard to Egida, daughter and heiress of Walter Murray of Skelbo and Culbin. In 1529 it was sold by John Kynnard for 2,300 merks to William Sutherland of Duffus kinsman to the Earl of Sutherland. The Duffus family had need of this strong fortress in their frequent quarrels with their neighbours. Many a warlike expedition must have clattered down the road leading to the shore; many a prisoner and spoil of gear and cattle have been driven within the now crumbling walls that are all that is left of the 'Pyle' of Skelbo.

The castle and mansion house are in need of structural work to prevent further deterioration. This remedial action is of keen interest to the Dornoch Heritage Society but, of course, this can only be entertained in concert with other bodies and with appropriate financial grant.