On the main A949 Evelix Road approach to Dornoch from the A9, at the junction with the B9168 Poles Road (OS Ref: NH 793 898) , stands the impressive Dornoch War Memorial.

This well known Scottish memorial has the magnificent sculpture by Alexander Carrick of a 5th Seaforth Highlander c. 1916 at Beaumont Hamel looking south towards the battlefields. The square plinth has four memorial plaques, that on the front and the right and left side listing 69 servicemen killed in World War 1 and the plaque on the rear face bears as the first name Nursing Sister Lily Murray followed by the names of 31 servicemen who died in World War 2.

As a project for Scotland's 2009 Year of Homecoming, Historylinks Museum endeavoured to add personal detail to those from Dornoch Parish who died in World War 1 and 2.

The detail obtained can be accessed from the Roll of Honour listings for World War 1 and 2. 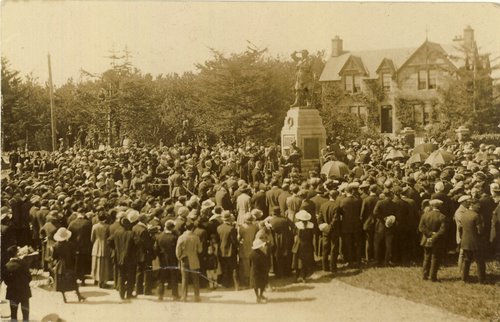 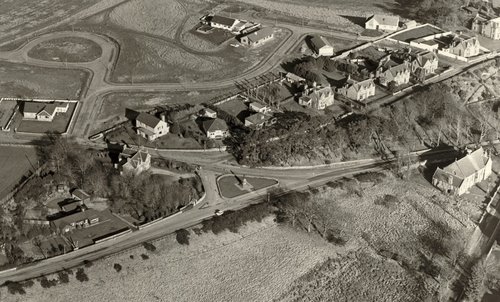 The memorial originally stood on an island at the centre of Poles Road junction and was moved to its present location in 1992.

The inscription at the foot of the plinth is taken from an American Civil War poem: "ON FAME'S ETERNAL CAMPING GROUND THEIR SILENT TENTS ARE SPREAD AND GLORY GUARDS WITH SOLEMN ROUND THE BIVOUAC OF THE DEAD" 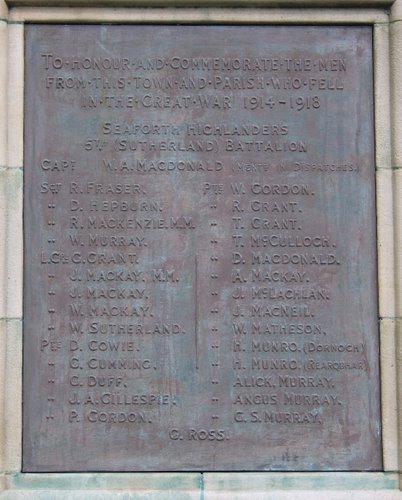 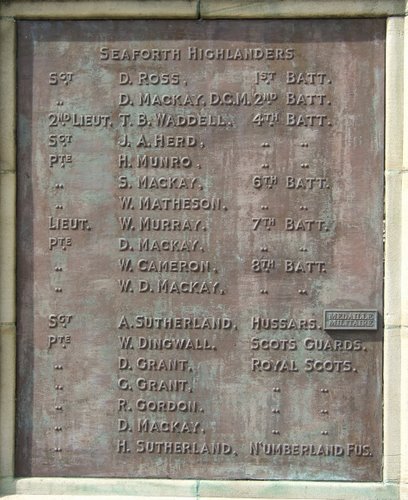 The plaque on the right side lists those killed serving in other battalions of the Seaforth Highlanders and other regiments, with the listing continued on the plaque on the left-hand side of the plinth. The total number listed for World War 1 is 69.

There are some memorial errors in the ranks, units and the decorations for gallantry, with only one correction, the addition of a small plaque beside Sergeant A Sutherland, Hussars, recording his award of the French Medaille Militaire. 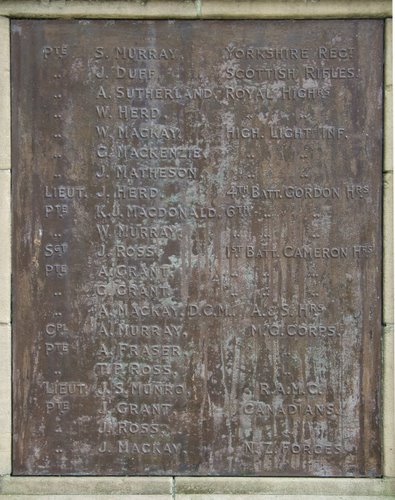 The World War 1 lists include the Grant brothers (George and Richard), the three Herd brothers (James, John and William), the MacKay brothers (Donald and Simon), the Murray brothers (Alexander 'Alick' and Lieut William Murray) and the Ross brothers (David and Thomas).

Personal details have been included in the museum consolidated Roll of Honour World War 1 which lists 77 names of all service personnel with a specific Dornoch connection who died in WW1 . 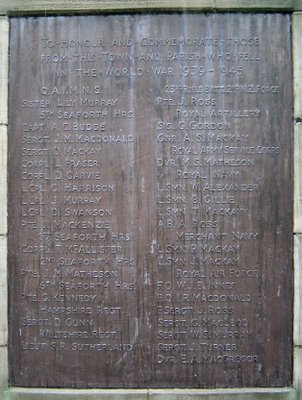 The Second World War plaque listing 32 names is on the rear face of the Dornoch War Memorial plinth.

Their names and personal details have been included in the consolidated museum Roll of Honour World War 2.

Dornoch Cathedral has several additional memorials including a stained glass window listing members of the congregation killed in World War 1 and a Congregation Roll of Honour listing all those who served, including those killed in WW1. 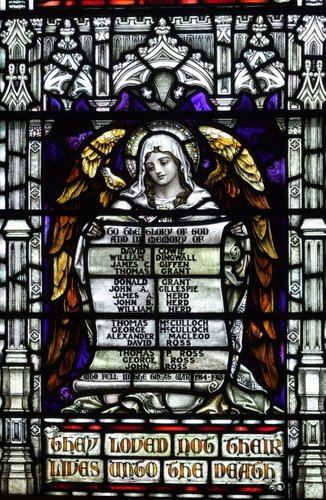 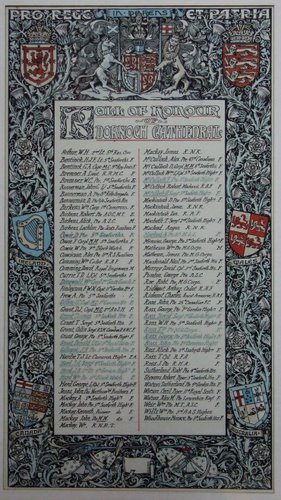 A brass wall plaque in Dornoch Cathedral commemorates members of the congregation of the Dornoch United Free Church who were killed in WW1. 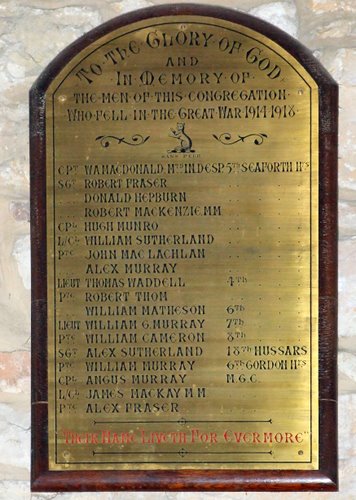 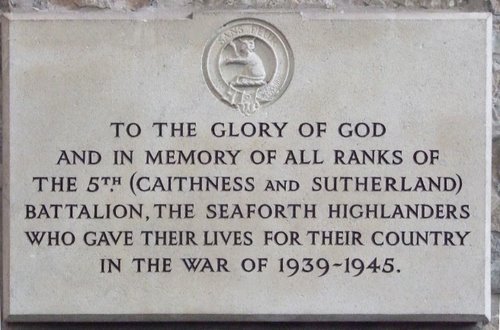 Wall plagues are also dedicated to the fallen of the 5th Seaforth Highlanders and.... 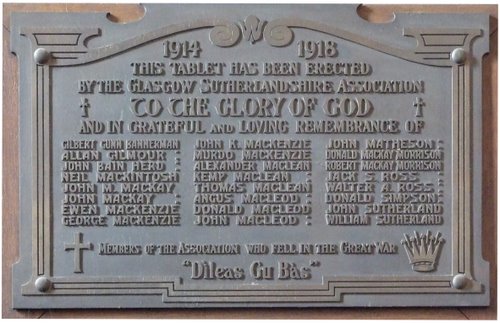 ...Members of the Association of the Glasgow Sutherland Association who fell in the Great War. 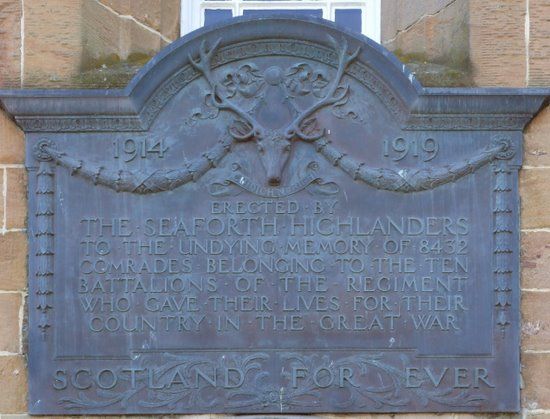 Details of local burial, inclusion of an inscription on family headstones and all listing on local memorials, including the Dornoch War Memorial, have been included in the record for each individual serviceman and woman, which can be accessed from the WW1 and WW2 Rolls of Honour.